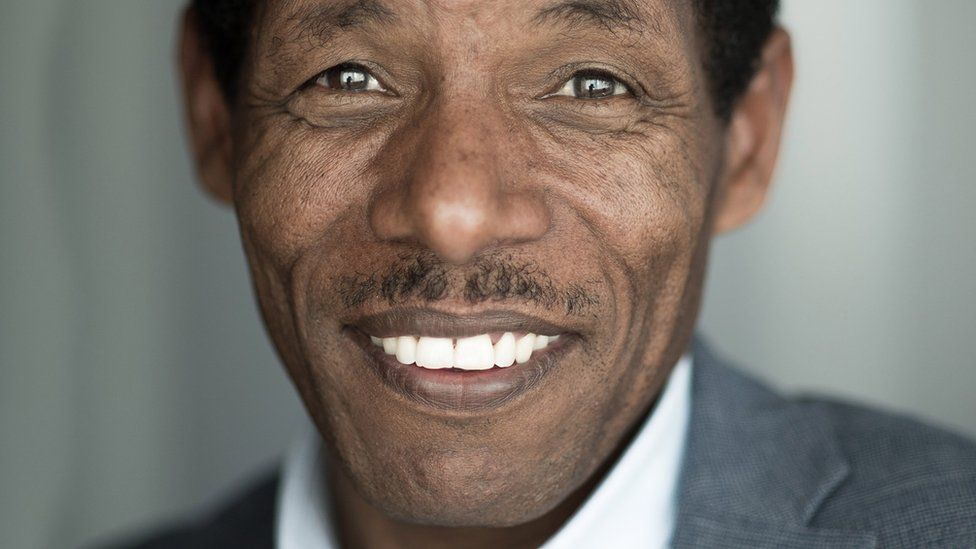 Haile Gebrselassie is regarded as a legend in Ethiopia

Ethiopian Olympic heroes Haile Gebrselassie and Feyisa Lilesa say they are ready to go to the front line in the war against rebel forces.

Their announcement comes after Prime Minister Abiy Ahmed said he would go to the front to lead the war.

Tigrayan rebels say they are advancing towards the capital Addis Ababa.

The UK has urged its nationals to leave Ethiopia immediately, saying the fighting may move closer to Addis Ababa in the coming days.

The rebels earlier this week said that they had taken control of Shewa Robit, a town about 225km (140 miles) north-east of Addis Ababa. There is no independent confirmation of the claim.

Communication Minister Legese Tulu said the military has had "many successes" since Mr Abiy's decision to lead the battle, and victory was "so close".

Earlier, Gebrselassie, 48, was quoted by state television as saying: "I am ready to do whatever is required of me, including going to the front line."

Gebrselassie is regarded as a legend in Ethiopia, and his comments were seen as an attempt to rally public support behind the war effort.

During his 25-year career as an athlete, he claimed two Olympic gold medals, eight World Championship victories and set 27 world records. He announced his retirement from competitive running in 2015.

Expressing his support for the war, Feyisa, 31, was quoted by the state-affiliated Fana Broadcasting Corporation website as saying that he was ready to draw inspiration from the "gallantry of my forefathers" and go to the front line to "save my country".

The athlete won the marathon silver at the 2016 Rio Olympics. 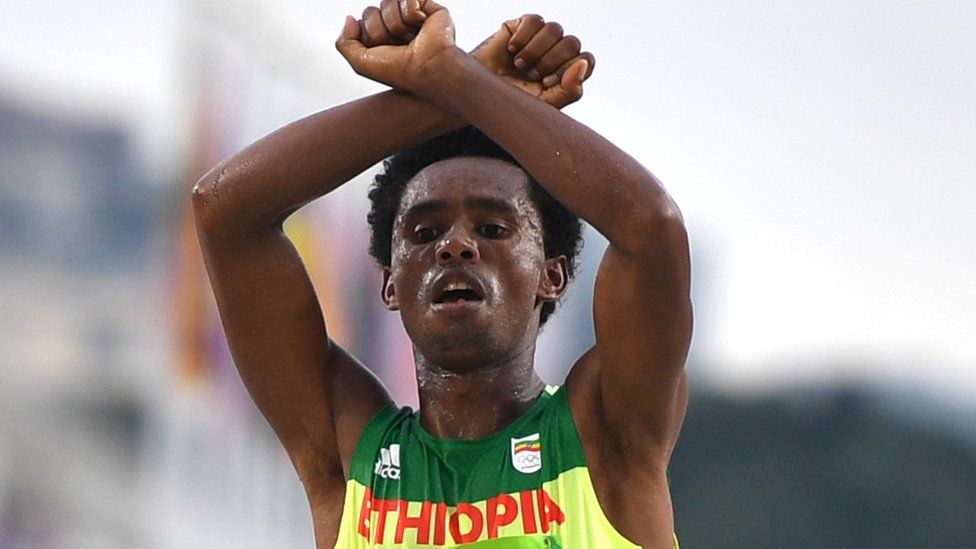 He became famous for holding up his crossed wrists as if they were shackled to draw global attention to the crackdown on demonstrators demanding political reforms in Ethiopia.

The Tigray People's Liberation Front (TPLF) was the dominant party in government at the time. Following the protests, Mr Abiy became prime minister and the TPLF lost the grip on the country it had held for 27 years.

It later retreated to its stronghold of Tigray, from where it launched a rebellion last November after a huge fall-out with Mr Abiy over his reforms.

The war has created a massive humanitarian crisis, leaving thousands dead, forcing millions from their homes, and several hundred thousand in famine-like conditions as aid agencies battle to get food in war-affected areas.

The African Union is leading efforts to find a negotiated end to the fighting, but neither side has committed to talks.

The TPLF are advancing towards Addis Ababa on the A2 highway.

On Tuesday, Germany and France advised their citizens to leave Ethiopia.

The prospect of some of Ethiopia's most venerated sporting figures heading to the front lines to fight captures something profound and powerful about the mood in Addis Ababa and beyond.

At a time of intense crisis, many Ethiopians are clearly rallying behind their flag and prime minister, and are keen to play their part in galvanising public support for a military campaign that has suffered undeniable setbacks in recent months, though much remains in dispute in terms of casualty figures and battlefield momentum.

It is clear many people see the military threat posed by the TPLF and their assorted allies as an existential one for Ethiopia.

Added to that is a profound dislike of the TPLF itself, which stems from its decades heading an authoritarian national government. But there is more to it than that.

The prime minister has sought to portray his country as a victim, not just of Tigrayan aggression, but of a vast international conspiracy designed to weaken Ethiopia and punish it for, allegedly, challenging Western colonial interests on the continent.

Western media are portrayed as enthusiastic backers of that conspiracy theory - one which appears to have gained widespread credibility in a country struggling to explain how the rebel group could have made such startling headway.

More on the Tigray crisis: 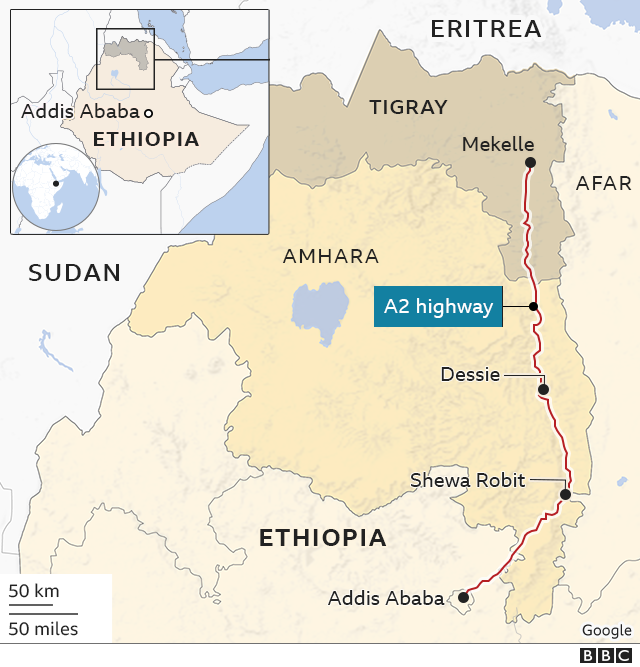